Should you cram for an exam? Scientists recommend THIS instead…

It’s the last day of finals.

You’re already tired, beat down, and exhausted thanks to the relentless studying you performed the night before – unfortunately, you still have hundreds of flashcards to memorize before your exam in just a few hours.

Your first reaction is probably to fight through the fatigue and hastily memorize as many of the terms as possible over the next few hours (knowing full well that as soon as the test is done, you’ll forget just about everything you memorized), otherwise known as “cramming”.

While research has shown that cramming isn’t an effective method of knowledge acquisition for long-term memorization, you probably don’t care – all you’re worried about is doing well on the exam.

But what if I told you that you don’t have to give up sleep in order to get a good grade?

In fact, what if I told you that by not cramming, you can actually do better on your exam while also catching up on rest?

For all the tired and stressed-out students out there, we have great news.

A very interesting study was conducted to see if napping was better than spending the equivalent amount of time cramming.

Studies like this had been performed in the past, but they generally only consisted of memorizing simple word lists or paired associated rather than complex and thorough pieces of information like you’d find on your average high school or college exam. 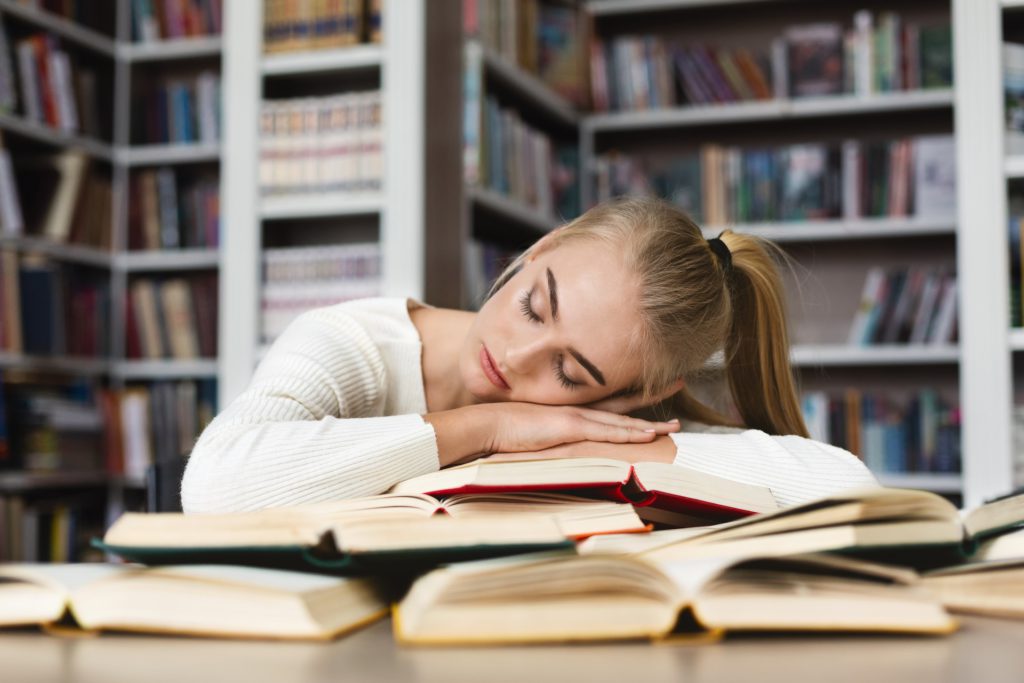 This time, the authors designed their study in a way so that participants had to memorize educational material that consisted of detailed interrelated facts, rather than simple word lists or paired associates.

So after learning some facts about 12 different species of arthropods over the course of 5 hours, participants either:

Their knowledge was then tested both 30 minutes and 1 week later.

It turned out that 30 minutes after studying, the “cramming” and “napping” groups both performed much better than the “movie” group, achieving similar results.

But, what’s truly interesting about this study is how the two groups compared after one week…

So, you cram for an exam and you do alright.

If this was a cumulative exam, a prerequisite course, or (God forbid) the exam contained information that you actually need to learn and retain for later in your life or career, then cramming is a largely ineffective strategy.

Napping, on the other hand, provided significantly better long-term retention than both taking a break and cramming over a one-week time frame.

If all you’re concerned about is doing well on the test, you could make an argument that cramming works fine – but why go through all the stress and anxiety that comes with cramming when you could nap instead, and retain that information for your final essay or next semester?

Is Napping Is The Ultimate Nootropic?

It begs the question: what exactly are the underlying biological mechanisms that make napping such an effective pre-exam brain booster?

Another explanation may be that some studies indicate that napping has several physiological benefits, including increasing heart rate variability (HRV), decreasing cortisol (a stress hormone), and reduced inflammation – all of which can influence cognition, memory, and decision-making.

Finally, part of it could simply be the fact that when you feel more well-rested, you’re more likely to be in the proper mindset to ace an exam.

While the science in sleep is growing rapidly, we’re still far from any scientific consensus on not only how sleeping affects our body and brain, but also why we sleep in the first place.

Still, despite not having all the answers, one thing is clear – next time you feel the need to cram, consider a nap instead!